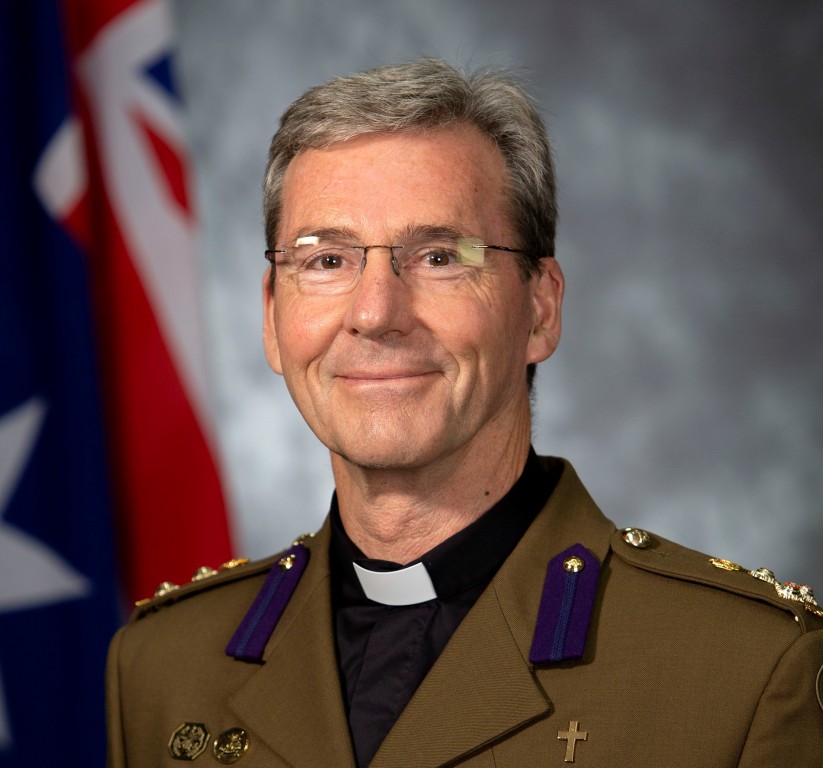 Originally from the Adelaide Hills, Rob finished school in Sydney and joined the Australian Regular Army in January 1974. He graduated from the Officer Cadet School, Portsea as an Infantry Officer in 1976. His infantry service included 6 RAR, 8/9 RAR, Battle Wing LWC and finally as a company commander in 6 RAR.

Called to ministry, Rob studied theology for seven years while still serving full-time in the Army. His final Army job was Director of Army Community Services for which he was awarded a Chief of the General Staff Commendation.

In 1997 he was ordained as an Anglican Deacon in the ANZAC Memorial Chapel of St Paul Duntroon and Priest in St Saviour’s Cathedral, Goulburn. In 1998 Rob transferred to the Army Reserve as a chaplain.

As a chaplain Rob served in the ARA at the Royal Military College, Duntroon, 4 RAR (Commando) and the Directorate of Mental Health. In the ARES, as a chaplain, he has had many postings including the past seven years within 6th Brigade. As an Anglican minister, Rob has been parish priest at Gordon, prison chaplain at Goulburn and he now runs programs to help veterans and their families.

Rob has deployed overseas on operations seven times including Bougainville, Afghanistan, Timor Leste and the South Pacific. Since 2009 Rob has been researching and developing programs to help soldiers suffering from Moral Injuries or Spiritual Wounds and developing resilience programs. For this he was awarded a Conspicuous Service Cross in 2014.

Rob is married to Penny and they have three children and six grandchildren.